The Most popular in Canada 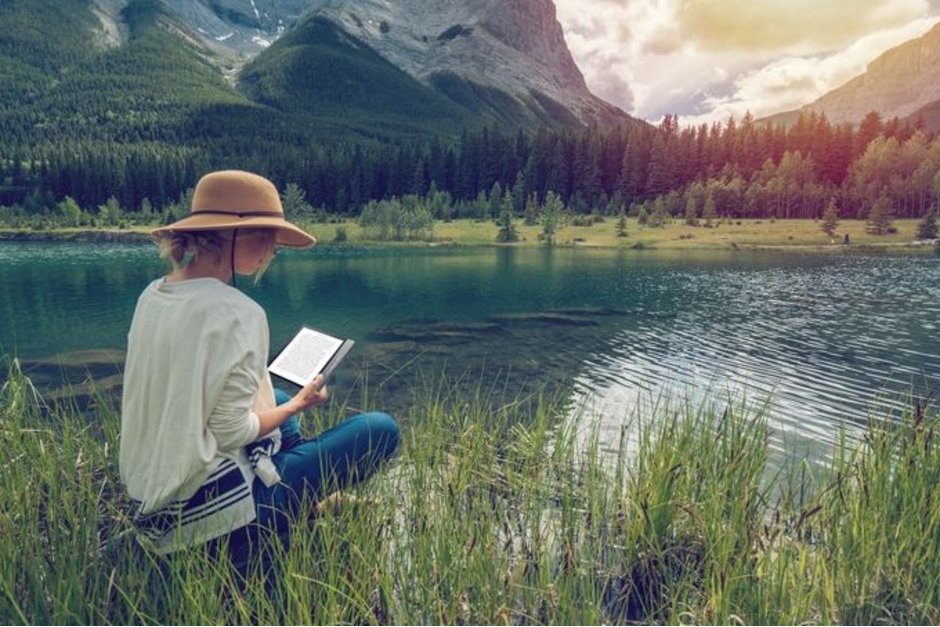 In this article, we will assess the best Kobo Canada e-readers in 2022, compare features and prices, suggest places where to buy Kobo in Canada, and, hopefully, our reviews will help you decide which Kobo model is the best for you.

Where to Buy Kobo eReader

The best place to buy Kobo e-reader in Canada is to buy it directly on the Rakuten Kobo Store or from Amazon Canada. These are the only two online stores in Canada that offer all current Kobo models.

KoboCanada and Amazon Canada deliver Kobo e-readers to any address within Canada. Also, there are no customs fees since the Kobo e-reader is not crossing the border. Canadians can pay with a Canadian credit card and in Canadian dollars.

The price of Kobo e-readers on the Amazon Canada website is the same as the price on the Rakuten website.

Check for Sale On Rakuten

Check for Sale On Amazon

Rakuten Kobo website also offers Kobo accessories, including covers for Kobo devices and battery chargers. After you buy a Kobo device, you can track your order status, including shipping information.

These stores offer some models of Kobo e-reader, but they do not offer all Kobo models. Usually, they offer lower-end and cheap Kobo models such as Kobo Clara and Kobo Nia. Sometimes stores do not have Kobo devices available in the store, but they may have them in stock online.

Some older and refurbished Kobo e-readers are sold on eBay.

Kobo award-winning e-readers are available in over 20 countries, including Canada. Kobo brand name is an anagram of “book”. Kobo Canada is one of the world’s fastest-growing eReading services.

Rakuten Kobo Inc. is a Canadian company with headquarter in Toronto, Ontario. It is a subsidiary of the Japanese conglomerate Rakuten. Kobo is the second-largest manufacturer of e-readers in the world.

Only Amazon produces and sells more e-readers than Kobo. Kindle e-readers from Amazon have had a domination of the e-book reader market in Canada for several years. Kobo is the only other company to come close to Amazon. Both Amazon and Kobo offer a full line of e-readers, from the cheapest low-end model to the high-end premium model, with a variety of features, sizes, apps, and prices.

The first Kobo e-reader was built in May 2010. Since then, Kobo has released over a dozen e-readers. Some of the most popular Kobo ereader Canada models were Kobo Mini, Kobo Aura One and Kobo Glo. The Kobo Mini was the first Kobo model to use a 5-inch screen instead of the traditional 6-inch screen used on most other e-readers.

Over the years, Kobo re-designed and improved e-readers with front light systems, a color-adjustable light, and integration of the Overdrive library. Now, in 2022, Kobo produces five different e-readers and offers more than 5 million Kobo books and several magazines across 77 languages.

Each day Kobo is adding more titles to its library, so now it is almost impossible to find a new best-seller e-book that is on Amazon but not on Kobo.

Regular Kobo price is the same or very similar in most of the online and retail stores in Canada (for the same Kobo model). Kobo Canada sale could happen in one store while the other stores do not offer a discounted price for any Kobo model. Kobo Canada never announces sales ahead of time. It could be a while between any good deals on Kobo e-readers.

Kobo does not put on sale all models of e-readers at the same time – usually, Kobo gives a discount on one or two models at the time. It is not easy to predict which Kobo model will go on sale – it could be the most recent model that Kobo wants to promote or any other Kobo e-reader.

A trend that I noticed for Kobo sale in Canada is that there is a discount of about $20 around Black Friday on lower-end models. It could be a sale just for Black Friday – Cyber Monday weekend or this sale can continue till Christmas.

The sale price of Kobo Nia can go below $ 100 – that is the perfect time to buy this Kobo e-reader since its regular price is $129. Kobo Nia is the cheapest Kobo model, but it is a decent e-reader with  6-inch screen, built-in front light, and 8GB storage space. It is one of the latest Kobo model – it was released in July 2020. All new Kobo models, including the Nia, the Elipsa and the Libra, are equipped with front light. Front light illuminates the screen and lets you read the text in the complete dark ambient. 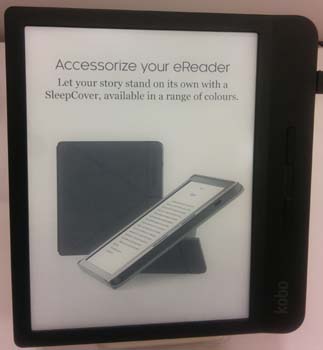 The main function of all Kobo e-readers is to read books.

There are six Kobo models currently available in Canada.

Compare all Kobo ereaders on Rakuten


The following six Kobo models are currently available in Canada.

Today’s best Kobo models come very close to matching the print book experience. They offer E ink displays with sharp HD resolution, clean text, and long battery life. In addition, they have features that print textbooks can never match, such as waterproofing, built-in front light, and a huge memory space where you can store thousands of books.

Side by side comparison of all six models of Rakuten Kobo e-readers currently available in Canada is made in several categories including resolution, dimensions, weight, storage capacity, display, battery life, processor, front light, etc.

All Kobo models use E-ink Carta screens. E Ink Carta delivers a 50% increase in contrast over earlier generations of e-reader. Reading an e-book on the E-ink screen is close to reading a paperback book.

The storage capacity of Kobo e-readers is in the range from 8GB (Kobo Nia and Kobo Clara) to 32GB (Kobo Forma, Kobo Sage, Kobo Libra 2, and Kobo Elipsa).

All new Kobo models currently available in Canada come with a built-in Overdrive library feature. If you use an older Kobo model, you have to download e-books to your computer and then transfer to your Kobo device via USB cable. 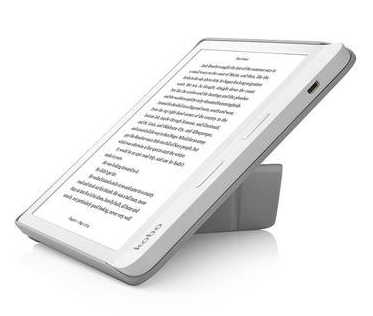 Prices of e-book readers have fallen considerably in the last couple of years, while, for comparison, prices of tablets are still high.

The high-end e-reader, Kobo Forma, costs more than 200 Canadian dollars, but it is a good buy for dedicated users. Kobo Forma is probably the best e-reader in the world. It is one of the largest e-readers in Canada since it comes with an 8-inch screen - most of today’s e-readers come with 6–inch screens. The bigger screen on Kobo Forma, the adjustable color of front light, waterproofing, high-definition E ink touch screen, and several other features are the reason for the high cost of Kobo Forma.

Kobo Elipsa comes with an extra-large display for e-reader (10.3 inches) and is one of the largest ebook readers currently available in Canada. However, it is too expensive – 499.99 Canadian dollars. 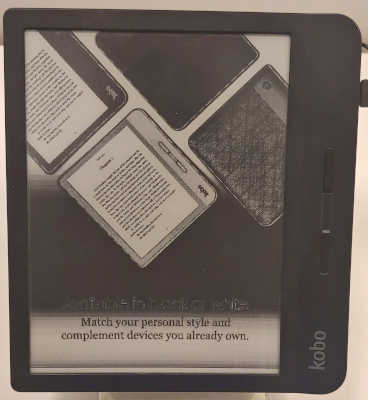 Kobo price depends on the Kobo model and the size of storage space.

Let’s take a look at the regular prices of all Kobo models and versions you can buy right now in Canada:

If you like to relax and read a book by the pool or on the beach, you might want to consider buying a waterproof Kobo reader. Two Kobo models are waterproof: Kobo Forma and Kobo Libra H2O. 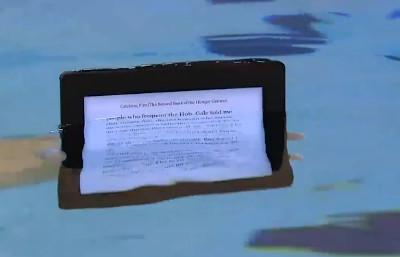 Kobo H2O ereaders are all rated to withstand submersion in water to some degree. You do not need to worry anymore that someone can accidentally splash water on your ereader- water will not damage it.

The Kobo Forma has physical buttons for turning pages forward and backward so you can quickly flip between pages even when your hands are wet.

Disclosure: Whenever someone clicks on an affiliate link and purchases something from Rakuten or Amazon, then we as Associates earn a small percentage of the sale. This is how we keep this site up and running.